Landmark legally binding targets to scrub up Britain’s waters and to spice up the abundance of untamed species are being delayed, the Environment Secretary has admitted.

Therese Coffey mentioned the UK Government would miss Monday’s deadline to publish its targets beneath its obligations beneath the post-Brexit Environment Act.

Conservative peer Lord Lucas accused the RSPB of being “mendacity turds” because the charity raised issues.

The row got here as Rishi Sunak was criticised for a “failure of management” after he pulled out of attending the Cop27 local weather summit in Egypt subsequent month.

But Ms Coffey instructed MPs in a written ministerial assertion that it will likely be delayed as 180,000 responses to its session have to be “analysed and punctiliously thought of”.

“In mild of the amount of fabric and the numerous public response we won’t be able to publish targets by October 31, as required by the Act,” she mentioned.

“However, I wish to reassure this House and all events that we’ll proceed to work at tempo with the intention to lay draft statutory devices as quickly as practicable.”

“You was, and may very well be once more, a supply of valued and truthful recommendation. But not when you are hooked on this outrageous lie.”

Mr Sunak spoke of his pleasure within the Commons of the “landmark” Environment Act, including: “We will ship on all these ambitions”.

Katie-Jo Luxton, the RSPB’s director for conservation, mentioned: “It is deeply regarding that Defra has failed to fulfill the deadline to set the legally-binding targets that have been promised within the Environment Act.

“Nor have they given a transparent indication of a brand new deadline, leaving an enormous query mark over once we can count on to see the ultimate targets.

“Meaningful and impressive targets must be a catalyst for motion for the subsequent decade and past, and a reassurance for the general public, who’re rightly involved that just about half of England’s wildlife is in decline and a couple of in ten species is threatened with extinction.”

Labour shadow surroundings secretary Jim McMahon mentioned: “The Government’s admission that it’s going to not be assembly the deadline for its Environmental Act targets is a large embarrassment to them and deeply worrying for the UK’s surroundings.

“Failing to fulfill the authorized deadline to introduce targets to make sure we’ve clear air land and water quantities to a monumental dereliction of responsibility.” 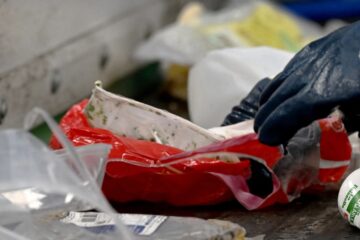