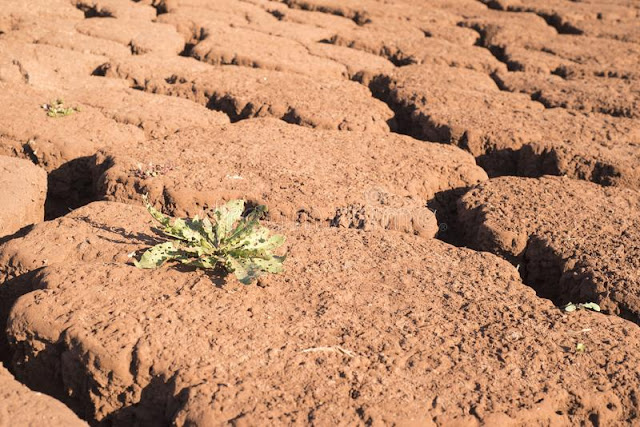 So the 56-year-old farmer tried something new: A drip irrigation system, supported by a government initiative.

The system delivers small amounts of water only where needed, and has helped him get higher yields on his farm near Mari, in Punjab province than on flood-irrigated land he owns elsewhere in the province.

The switch, besides allowing him to farm with 60% less water, has cut the fertilizer he needs in half as less is washed away and wasted, Rehman said.

“I have received drip irrigation as a divine help in this water-scarce area,” he said, sitting in a shed on his farm.

Rehman is among a growing number of Pakistani farmers who are turning to water-saving drip irrigation and sprinklers, which agricultural experts say can support yields in regions where seasonal rains are no longer a reliable source of water.

Pakistan uses 90% of its water for agriculture, mainly as farmers flood their fields to irrigate their crops, said Pervaiz Amir, director of the Pakistan Water Partnership (PWP), a non-governmental organization.

Over the past 30 years, Pakistan has gone from a country enjoying an abundance of water to one facing increasing water stress. website

Between 1990 and 2015, the amount of water available per person dropped from just over 2,170 cubic meters to about 1,300 cubic meters, according to a 2017 report by the United Nations Development Programme.

That was the result of rapid population growth, urbanization, industrialization and water-intensive agricultural practices, combined with growing climate impacts, the report said.

Agriculture today contributes about one-fifth of Pakistan’s GDP, according to a study published last year by the World Bank.

But Muhammad Arif Goheer, an agriculture expert at the Global Change Impact Studies Centre in Islamabad, a climate change think-tank, said changing patterns of monsoon and winter rains are a big problem for rain-fed farms in arid areas.

Increasingly, farmers either do not get rain when they need it or get too much rain when their crops need dry conditions, he said.

But access to water-efficient irrigation can give farmers in arid regions a reliable water source and also allow them to grow high-value crops, such as olives and grapes, that often require more water, Goheen said.

With the motto “more crop per drop”, the Punjab Irrigated-Agriculture Productivity Improvement Project, run in partnership with the World Bank, aims to have new irrigation systems installed on 120,000 acres of farmland by next year.

Akram, of the agriculture department, said so far 66,000 acres of land have been switched to water-efficient systems.

Nearly half of that was barren land that has been put back into use as a result of the project in three water-scarce areas – Potohar, Thal, and the Cholistan – he said.

Work has already started on converting another 11,000 acres of land over to new irrigation methods, he added.

But sprinklers and drip irrigation do not work for all farmers, noted Amir of the PWP.

After farmers lay the pipes for the irrigation systems, they must remain undisturbed for four or five years because digging them up and moving them is so expensive, he explained.

With vegetable and orchard farming, farmers can leave the pipes where they are, but for other popular crops – like rice, wheat and cotton – pipes need to be removed for ploughing and land preparation prior to each new crop, he said.

According to Amir, only 4-5% of all the agricultural land in Pakistan is used for vegetables and fruit orchards.

But installing the systems can allow farmers to grow higher-value crops that bring in more income, Amir said.

Pakistan’s agriculture industry is worth about $50 billion but could be worth seven times that much if farmers switch to water-saving techniques and better-earning crops, and the government helps build better access to export markets, he said.

“We need to switch to more high-value crops, like olives, using this technology,” he said.

At Rehman’s farm in Mari, two artificial ponds that can hold a total of more than 3.6 million gallons of rainwater, plus a cement water-storage tank, now provide enough water to supply his 20-acre (8-hectare) drip irrigation system year-round.

“I always feel pleasure when I see the new blossoms of my vegetables in the morning,” he said, as he inspected ripe capsicum peppers on his farm.

But “this farm would not have been possible without the drip irrigation system”, he added.

($1 = 165.7000 Pakistani rupees) (Reporting by Imran Mukhtar; Editing by Jumana Farouky and Laurie Goering. Please credit the Thomson Reuters Foundation, the charitable arm of Thomson Reuters, that covers the lives of people around the world who struggle to live freely or fairly. Visit website