Skip to content
Patients need to know that there is a difference between the denial of a health insurance claim and the rejection of a claim. 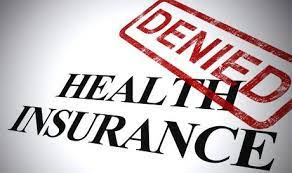 Claim rejections occur when a claim is not even processed by the health insurance company. Rejections are “kicked out” immediately after they are electronically uploaded and before any type of coverage, a determination is made. The electronic submission systems have “claim edits” that catch bad data based on demographics, age, gender, and basic insurance information. Rejections are caused by things like submitting incorrect policy numbers, enrollee numbers, patient birth dates, or sending the claim to the wrong insurance company. Rejections require that the patient and the provider re-verify all of the information that is submitted to the insurance company and then re-submit the claim.

Denials, on the other hand, occur when the health insurance company receives and processes a claim, but determines that the treatment in question is not a covered benefit in the benefit plan. Denial codes on the insurance notices that come back will include a message like “service not a benefit in enrollee’s plan”, “denied for lack of medical necessity” , or “denied coverage of experimental treatment”. Denials can be appealed if a mistake has been made and a decent portion of denials are overturned.

There are six major types of rejections and denials:

If you receive a notice from your health insurance company indicating that there was an incorrect policy number, enrollee number, patient birth date, or “no record of coverage” then the claim that your physician or healthcare provider sent to the insurance company did not accurately identify who you are. This is the number one reason for rejected or denied claims and it is very common.

Check and double-check to make sure the healthcare provider knows the name, policy number, enrollee number, and birth date of the policyholder and the patient if they are not the same person.

Service not provided during the enrollment period

Your employer buys health insurance every one to two years. Services that overlap these renewal periods are prone to errors. If your employer changes insurance companies, you have to be well aware of the effective dates and make sure your providers are well aware of the changes. Also, take note of the length of time before your health insurance becomes effective when starting a new job.

Service not a benefit in the enrollee’s benefit plan

Your employer looks at many health plans and weighs the cost of the plan against the benefits and services included. Unfortunately, employers sometimes have to make tough decisions and cut certain benefits for the sake of others. What is even more unfortunate is that most employees, including me, never take the time to see what is included in their benefit plan until it is too late.

Pre-existing medical conditions weres a hot topic in the healthcare reform efforts of 2010 and will be abolished by the Affordable Care Act in 2014. If you cannot get health insurance because of a pre-existing medical condition,  Newstead recommends that you contact the newly established federal program that has been put in place until the laws change in 2014. The new federal program is called the Pre-Existing Condition Insurance Plan (PCIP) and you can contact them online at

This type of denial places follow-up squarely on your provider, but pro-active patients can get involved. Insurance companies are essentially businesspeople who follow general medical guidelines to manage the benefits process. The medical director of the insurance company is the only person who really makes medical judgments and he or she only reviews several dozen appeals each day.

The fact that you received this type of notice means that something about your treatment did not fit into the general policies programmed into the insurance company’s claims system and the medical director has probably not seen it. These general policies are actually standardized across all insurance companies. They are called the Milliman’s Medical Underwriting Guidelines and they are probably available on your insurance company’s website. If they know what they’re doing, your provider will find out which guideline is causing a problem and then issue an appeal that addresses the guideline as it relates to the uniqueness of your treatment.

If a treatment or device is approved by the Food & Drug Administration (FDA), generally the insurance companies will cover it as well. The insurance companies do not test the effectiveness of devices or treatments. They wait until there is sufficient research from medical colleges and universities and the FDA to make their coverage policy. After that point, it is up to your employer to decide whether it is to be included in your benefits plan. New, “cutting-edge” treatments and drugs are not always as effective for the patient as the traditional treatments.

There are definitely legitimate advances, but those advances represent a minority, not the majority of experimental treatments. Marcia Angell, MD, a former editor of The New England Journal of Medicine wrote a book about this phenomenon in 2004 called The Truth About Drug Companies.

Read This : What is an Annual Premium for Health Insurance?