International commerce creates incentives for countries to erode environmental protections to attract investment, and global trade rules are needed to counter that “race to the bottom,” US Trade Representative Katherine Tai said on Thursday.

“The view that environmental issues are not an inherent part of trade ignores the reality that the existing rules of globalization incentivize downward pressure on environmental protection,” Tai said in her first public speech.

“This puts countries with higher environmental standards at a competitive disadvantage,” she said in the address to the Center for American Progress, a progressive Washington thinks tank. 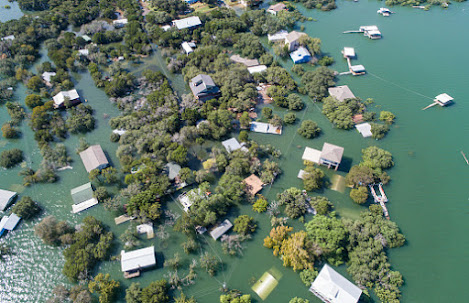 Speaking ahead of President Joe Biden’s virtual climate summit next week, Tai said she was committed to strengthening rules in the World Trade Organization (WTO) to combat issues like illegal logging and overfishing.

“The forests are our planet’s lungs, and we should use trade policies and trade enforcement actions to protect them,” she said, however, the rules are ineffective if they are not enforced.

“Going forward, trade has a role to play in discouraging the race to the bottom and incentivizing a race to the top,” Tai said.

“But we have to be mindful that we will only truly address the global scale of this problem through global rules.”

Biden has made reversing the climate-skeptic policy of his predecessor Donald Trump a priority and is hosting a virtual summit of world leaders next week.

With the world badly off track on meeting goals on curbing global warming that most nations signed up to in the 2015 Paris climate accords, Biden hopes the summit will result in stronger pledges in advance of UN-led talks in Glasgow at the end of the year.

Just days after taking office in January, the US leader signed executive orders he said would “supercharge our administration’s ambitious plan to confront the existential threat of climate change.”

He announced Washington would rejoin the Paris Agreement and is expected to unveil an ambitious 2030 emissions target.

Biden recently announced a massive $2 trillion infrastructure and jobs plan that focuses on creating employment through expansion of renewable energy and other environmental projects “to reimagine and rebuild a new economy,” Tai noted.

But domestic policies are not sufficient, and environmental standards must be factored into all US policy areas and throughout international supply chains, to ensure reliable access to key technologies, which “will be essential for our transition to net-zero by 2050.”

“We must conserve the resources we do have and work with our trading partners to do the same — to both mitigate and adapt to climate pressures,” Tai said.

That is why the WTO fisheries negotiations “are critical” to address subsidies that encourage overfishing, as well as to clean up plastic and other forms of marine pollution.

Photo Of The Day By CateHotchkiss