Viking Cruises will compensate lots of of passengers on its Orion cruise ship after cruisers had been compelled to remain on board and miss a number of stops as a result of officers blocked port entry attributable to marine progress on the ship’s hull.

The 930-guest capability Viking Orion docked in Sydney on Wednesday, the ultimate cease on what is often a 15-day, 9-stop cruise of New Zealand and Australia.

However plans went awry, native media reported, after New Zealand officers requested the ship to depart the nation’s waters half method by its cruise after discovering small quantities of biofoul – vegetation, algae and small animals – that develop on ship hulls.

Steaming on to the southern Australian port of Adelaide and bypassing deliberate stops in Tasmania and New Zealand’s south island, officers stopped the ship roughly 12 nautical miles out to sea whereas skilled divers cleared the hull.

The four-year-old luxurious vessel completed its journey as deliberate with stops in Melbourne and Sydney.

Stranded on board for eight days, Miami-based lawyer Julie Reby Waas mentioned lacking scheduled stops like Tasmania was “enormously disappointing” however it will not dissuade her from cruising once more.

“Most people I believe on the ship have stored their cool and have maintained a humorousness,” Reby Waas informed Reuters.

“I believe all people could be very bored with it. The ship is gorgeous, however you understand, there’s solely a lot area to discover, and so I assume (it is) claustrophobic in some methods.”

Viking confirmed to Reuters in an announcement that each one friends would obtain a voucher equal to what they’d already paid to be used on any future voyages.

Viking’s Orion is the second cruise ship to fall afoul of New Zealand officers up to now month. New Zealand fisheries officers stopped cruise ship Coral Princess getting into the nation’s waters in December after discovering snails on the hull.

High: File picture of the Viking Orion cruise ship in 2020. Photograph by way of Getty Photos. 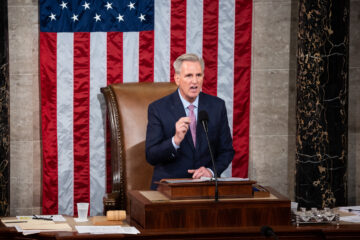